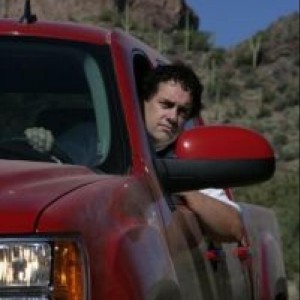 In 1982, Toyo Tires established a Canadian subsidiary. From a small office just outside of Vancouver, Toyo Tire Canada Inc. began warehousing and distributing passenger, light truck, and commercial truck tires. Through a network of independent tire dealers, the Toyo Tires brand began to grow in Canada.

The first tires manufactured in North America to bear the Toyo Tires brand occurred in the late 1980s when the company began producing commercial tires in Mt. Vernon, Illinois.

Today, the company’s Canadian headquarters are in Richmond, British Columbia, and distribution is supported by nearly 90,000 square feet of warehousing in BC, with additional warehouses in Ontario and Quebec.

Toyo Tire has a new tire for the Canadian market. The Open Country H/T 11. This tire is an All-Season Light Truck highway tire. The center tread of the tire consists of 3 ribs that are designed to increase wet and dry traction while improving highway stability. The multi-wave sipes on the tread reduce irregular wear, giving this tire a smoother and quieter ride. There are two different sidewall designs. The first is a conservative design, and the second is a more aggressive one that improves traction in deep mud, slush or snow. The Open Country H/T 11 is backed with an impressive treadwear warranty, 80,000 km, and 5-year workmanship and materials.

We decided to install these tires on a Toyota Highlander to put them to the test. Samantha Syrenne is a new mother that leads a hectic lifestyle. Going to University during the week and while running errands around town with her baby girl. Her old tires had serious wear problems on the front despite having her tires regularly rotated and serviced at the local Toyota dealer. She expressed concern about regularly over correcting the steering on the highway and excessive noise at over 50 KMH. We had the Open Country H/T 11 tires installed on a weeknight so she could have it ready to go to school the next morning. Her first drive was an eye-opener. The issues had gone, and the vehicle drove smooth and quietly down the highway.

We asked her a few questions:

Would you say that this tire improves the way your vehicle handles?

Samantha… It is like a new truck. I look forward to the drive now.

Would you recommend these tires?

Samantha… I would defiantly recommend these tires. I am happy with the results.

Would you like us to switch them back now that the test is over?

Samantha… Give me my keys and watch me drive away.

I would say that test was very positive and glad we could improve the handling and drivability of her vehicle. For more information visit toyotires.ca

MULTI-WAVE SIPES
Improves the wear life of the tire by minimize irregular wear for a smoother, quieter ride.